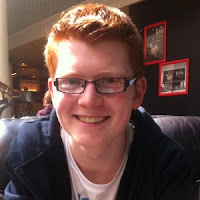 RENT asked Tommy: In your Q&A you mentioned that you connected most with Mark partly due to his work being important in his life. Mark's movie spotlights the homeless and persons struggling in the streets during the late '80s in NYC. If you were to make a movie or write a social commentary, what issues in Ireland would you talk about and why? How does your piece that you would write connect with Mark or the show in general?

In Ireland, there exists a traditional nomadic people, who are known as “Irish Travelers”, and who make up about 0.5% of the population (around 36,000 people). They are not homeless, per sé, rather they choose not to live in a settled fashion, living in caravans or the like. Their children often grow up outside the mainstream education system and a European Parliament Committee of Enquiry on Racism and Xenophobia found them to be one of the most discriminated-against social groups in Europe. Because some -- not all -- members of the traveling community engage in petty crime and anti-social behavior, there exists a totally unfair social stigma around these ‘travelers’, and they often find it difficult to secure employment. The discrimination that travelers face is not all that different from the discrimination that African-Americans faced during the first half of the 20th century in how it appeared in everyday life.

If I were to make a social commentary, I would absolutely choose the widespread ostracism that travelers face. I think it’s a very pressing issue, in that human rights are being denied to these people each and every day. In making the documentary, I’d probably do a mix of video and text. I would use the visual element of the piece to cast light on the discrimination that travelers face, and to document it. I think it’s important to highlight the discrimination that travelers are subjected to, and try and remove the negative stereotypes that many “settled” Irish people have towards this minority. With regard to text, a rhetoric with a power akin to Martin Luther King, Jr.’s “I Have A Dream” speech would surely incite a push for equality, and pressure the government into ending the ostracism faced by members of the traveling community.

I think that the piece that I would do would connect me with Mark in that he was trying to document the hardships that homeless people in New York faced. In the same way, the aims of my documentary would also document the hardships faced by travelers in Ireland. I think Mark and I share a strong sense of justice; both of us are deeply moved by people struggling on the fringes of society. As for connecting to the show itself, I believe its underlying message is one of accepting people of all types, and my documentary would attempt to unify the Irish people, both settled and unsettled.

RENT fans, let's continue the conversation: What social issues do you want to document? Tell us about what you are doing or plan to do to create change in the world. Share your stories in the comments below or on RENT's Facebook and Twitter.

Learn more about the current Off-Broadway production of RENT at www.siteforrent.com.

3. IN PERSON: Bring a print-out of this page to the New World Stages Box Office, 340 W. 50th Street between 8th and 9th Avenues, in New York City. Click here for box office hours.

ENTER TO WIN TICKETS TO RENT!

Visit RENT's Facebook and Twitter for the chance to win a pair of tickets to RENT at New World Stages.  Limit one entry per person on Facebook.  Limit on entry per person on Twitter.  No purchase necessary to enter or win the sweepstakes.  Must enter by 11:59 PM Eastern Daylight Time on July 1, 2012.

*Terms & conditions: Offer valid for select performances through July 8, 2012. Must purchase by July 1, 2012. Not valid for Saturday evening performances.  Other blackout dates may apply. Regular prices $69.50 - $89.50. All prices include a $1.50 facility fee. Schedule and cast subject to change. Offer subject to availability. Normal service charges apply to online and phone orders. No exchanges or refunds. All sales are final. Cannot be combined with other offers. Not valid for prior purchases. Limit of 10 tickets per order. Offer expires July 1, 2012 but may be revoked or changed at any time. 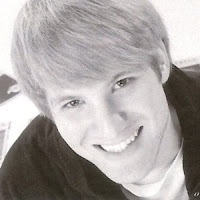 RENT asked Brandon: In your Q&A you mentioned that you have seen the movie versions of RENT over 40 times, you've also been in the production, and have seen the stage show. How has the show continued to speak to you after seeing it so many times? Also, with all the advances in Gay Rights and AIDS research, what makes RENT relevant today and not just a period piece?

Let me begin by saying, yes, I have seen the movie over 40 times. I watch it again and again because it never seems to get old. You’d think after so many times a story such as RENT may get boring because you know what to expect. However, for me, neither the storyline nor the music seem to grow old. The story of RENT is a story that most people in today’s society are far too afraid to speak about. The music speaks to every generation regardless of age, race, sexual orientation, etc. There’s something for everyone to relate to in RENT.

For me, RENT continues to speak to me because I see a lot of myself in some of the characters and what they do is what I do. Take Maureen for example, my favorite character. She is a performer, I’m a performer, one reason I relate. She is a “I’ll tell it like it is” kinda girl. I’m a “tell it like it is” kinda guy. You take every character and there’s always something about that character that you can see yourself in. Each characteristic of those characters becomes one person…being me or you. I think that’s why I can relate to the storyline so much. It’s who we are as artist and who we are as friends.

Most people would think of RENT as a period piece, when in reality, it’s anything but. RENT’s music changed the way Broadway saw music. It brought a new form of “beat” to the stage. I think the reason why it’s just as powerful now is because the world around us is changing and the music, since it itself was a massive turning point for the musical theatre world, continues to change with the times, but still remains the same. Does that make sense? The story will never grow old because it’s going to always be a problem and there will always be someone who knows someone suffering with AIDS. The music touches everyone, not just one group of people, hence why it doesn’t really come across as a period piece.

RENT has changed many lives over the years and it’s back to change many more. It’s here for its message to be seen and heard. RENT is love, friendship and peace.

RENT fans, let's continue the conversation: What makes RENT relevant to you? Which characters do you identify with and see in yourself?  Tell us about them in the comments below or on RENT's Facebook and Twitter.

Learn more about the current Off-Broadway production of RENT at www.siteforrent.com.
Posted by RENT at 2:33 PM 1 comment: 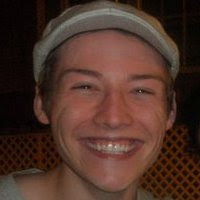 Roughly 8,469,600 minutes ago, the world changed forever: RENT opened. One Pulitzer, multiple Tony Awards, and hundreds of sold-out shows later, many people still do not know the history of the show that glorifies life in the present. Like the show itself, I’m going to try my best here to “document real life” – the journey of RENT from conception to its Broadway birth on April 29th, 1996, and the life of the man who made it.

Art mirrors life, and Jonathan Larson’s magnum opus is no exception; Larson lived in downtown Manhattan, owned an illegal wood-burning stove, and was surrounded by artists and people with AIDS (the two were seldom mutually exclusive). The people and events of his life color the story and score of the show, down to throwing his keys to the street due to the broken buzzer of his apartment building (the same tiny apartment where Larson held the auditions for the showcase). Small details were not the only aspect of RENT from where Larson’s life peppered the show – “Will I?” and “Life Support” were both based on Friends In Deed meetings (an organization dealing with emotions relating to illness and dying) that Larson attended. His bohemian lifestyle generally provided the backdrop for RENT; Mark is based on Larson’s friend Eddie Rosenstein, and some characters were based on Friends In Deed acquaintances. 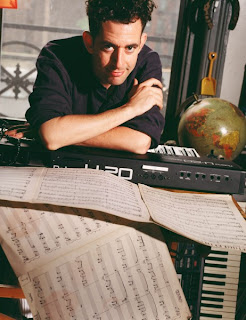 As Maria explains in The Sound of Music, (now I’m getting my musicals crossed) nothing comes of nothing, and RENT is no exception: it is heavily based on Giacomo Puccini’s opera La Boheme. The gilded salons and elegance of 19th century Paris are replaced with the grit and dirt of pre-millennium New York, but the stories are markedly similar – a group of artists seize life, choosing art over riches. Mimi the seamstress becomes Mimi the exotic dancer, Marcello the painter morphs into Mark the filmmaker, and tuberculosis becomes AIDS, but the overall themes are the same: life is for living, and loving.

Jonathan Larson died the day before RENT had its off-Broadway debut. Yet, like his masterpiece, the important thing is not that he died, but how he lived. He made something great, beautiful, and real. He inspired countless people with his story of not living in the past, not fretting over the future, but enjoying the present. He lived like a bohemian. He lived. So close to the sixteen year anniversary of his achievement, it’s important that we not just remember that he died like one of his characters, but celebrate that he lived like one: he lived – and loved – through his art.

Do you have friends that inspire you the way Jonathan's inspired him? Do you have your very own Mark, Roger, Maureen, Mimi, Joanne or Angel in your life? Tell us about them in the comments below or on RENT's Facebook and Twitter.

Learn more about the current Off-Broadway production of RENT at www.siteforrent.com.
Posted by RENT at 1:30 PM No comments: