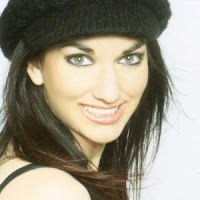 RENT asked Rori: As an artist and performer, what does "La Vie Bohème" mean to you? If you could rewrite the lyrics to the show, what ideas and/or people would you add to the song "La Vie Bohème" as your lists of inspiration for yourself and why?

The Bohemia depicted in RENT no longer exists. It is a time capsule of the days when the East Village was teeming with starving artists from all walks of life. Today, the East Village is filled with hipster trust fund babies, celebrities, and evicted artists who are probably wandering around homeless. However, that doesn’t mean that “Bohemia is dead.” The true Bohemians have since migrated to Washington Heights, Brooklyn and Astoria…at least until those areas become gentrified as well, in which case we artists will be forced to move upstate, or worse… Jersey.

I grew up in a middle-class Long Island two-income family with a hot tub in the basement and a swimming pool built into the deck. “What does SHE know about bohemian living,” you might ask? Well, when I moved out, my decision to pursue the arts was not exactly celebrated by my parents. I had to prove that I could support myself, or admit failure. (Mom just loves to say, “I told you so.”) Thus, I have been no stranger to La Vie Bohème for the past few years, doing the starving artist thing. I work multiple jobs just to make ends meet. I spend my days waitressing, auditioning, rehearsing, performing in children’s theater and murder mystery companies, dressing up as mascots at corporate events, and doing any other (legal) activities I can find in order to make a buck. This means that while I can pay my bills, there is no room for luxury items that other people might consider to be necessities: Manicures, pedicures, designer clothing, gym memberships, etc. There is also not much time for a social life in betwixt all of the working.

The characters in RENT shared my familiar bare bones Bohemian lifestyle, but they lived it in a different time. A lot has changed in the world since the early 90’s. While they had AIDS scares, we have terrorist scares. While they refused to sell out, we can’t even get a survival job in this economy. While they had the first giant cellular phones, we live in the information age; a world where people are simultaneously more connected to and disconnected from each other than ever before. Facebook is ironically replacing face to face human interaction and reality television is replacing jobs for actual trained actors.

The original lyrics of “La Vie Bohème” perfectly encapsulate the end of the millennium. If I were to incorporate my personal experiences and updated ideas for lyrics into a “La Vie Bohème” for the new millennium, it would go something like this: (Keep in mind that I did not attempt to rewrite the song lyric for lyric or syllable for syllable. I am merely throwing out some ideas in a freestyle kind of way. Hey, even Jonathan Larson had to start somewhere…).

Outgrown roots, busted boots, to no HBO, to saving up for Mac Book Pros

Friends with kids at 9 to 5’s, you make enough to stay alive

Befriending, defriending, youtube stars, not lying about where you are

To reality TV and Glee, to auto-tuning, McPhee crooning,

Marketa and Glen Hansard, questions about love get answered

Easy to be Hard, Equity cards, letting down your guard

Living La Vie Bohème certainly comes with its hardships. Yet, I remind myself that I chose this lifestyle and I manage to stay inspired both in spite of and because of it. I plan on continuing to pursue my dreams and at least sometimes…getting paid to do it!

RENT fans, let's continue to create: What lyrics would you add to your version of "La Vie Bohème"? Share your lyrics in the comments below or on RENT's Facebook and Twitter.

Learn more about the current Off-Broadway production of RENT at www.siteforrent.com.
Posted by RENT at 3:06 PM